TOPEKA – Lieutenant Governor David Toland joined Kansans across the state to cast his ballot for the primary election on August 2. Toland encouraged Kansans to take advantage of early voting which started on July 13. As Governor Laura Kelly reminds Kansans to get out and vote, Lt. Governor Toland took a trip to the Allen County Courthouse in Iola to vote before Election Day.

“I’m excited to get out and vote to make my voice heard – every vote counts. We must elect commonsense leaders to keep Kansas on the path forward,” Lt. Governor David Toland said. “You can take advantage of early voting to skip potential lines on election day. Early voting is easy, safe, and secure, and I encourage all Kansans to make a plan to vote, whether they do it early or on Election Day.”

Below photos are available for media use: 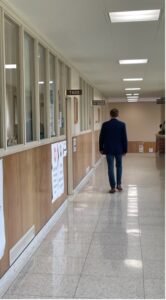 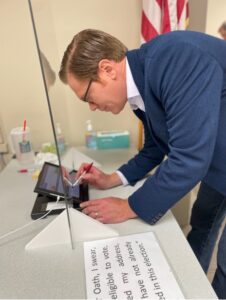